The Canada Line is the automated metro system that connects Vancouver International Airport (YVR) to the city of Richmond and to downtown Vancouver.

The trains travel above ground in Richmond and below ground in Vancouver. 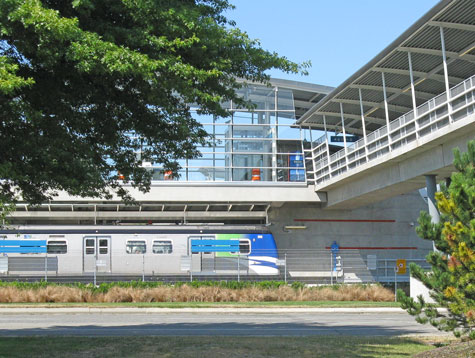 The three Canada Line stations in Vancouver city centre are: 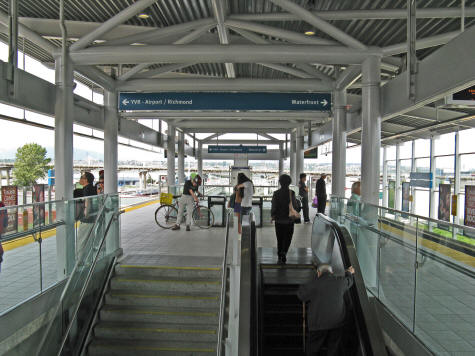 When departing from Vancouver, trains leave every three minutes.  One train departs for YVR Airport and the next one leaves for Richmond City Centre (Richmond-Brighouse Station).

If you happen to jump on the wrong train, you can switch trains at Bridgeport Station (i.e. the Richmond Casino).