Many visitors to Vancouver enjoy taking in a professional sporting match while in the city.  NHL hockey games are of particular interest.

Although most visitors are familiar with our beloved Vancouver Canucks hockey team, other excellent teams are also based here.  They include hockey, football, soccer and baseball teams. 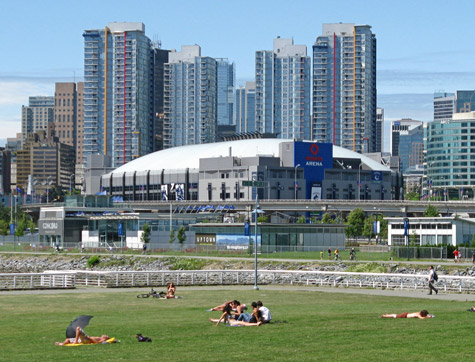 The five Vancouver-based professional teams are:

The Vancouver Canucks of the National Hockey League (NHL) are Vancouver's most beloved sports team. The regular NHL season runs from October until April.

All NHL home games are played at Rogers Arena in downtown Vancouver.

The BC Lions are Vancouver's CFL professional football team.  Games are played at BC Place Stadium in downtown Vancouver.

The regular CFL season runs from June until November. 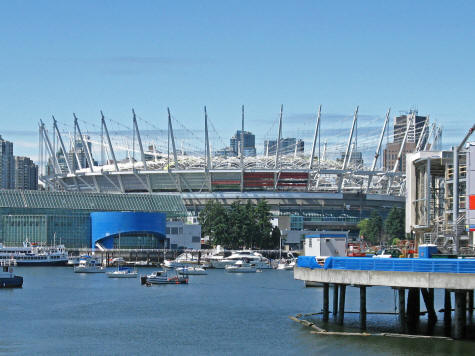 The Vancouver Whitecaps FC soccer team is the city's MLS professional soccer/football club. Soccer matches are also played at Vancouver's BC Place Stadium which is located near False Creek in Vancouver.

The regular MLS season runs from February or March until October.

The Vancouver Canadians NWL minor league baseball team play their home games at Nat Bailey Stadium.  It is located at 4601 Ontario Street in Vancouver, across the street from Queen Elizabeth Park.

The Vancouver Giants of the Western Hockey League (WHL) play their home games at the Langley Event Centre in the Fraser Valley. It is located at 7888 200 Street in the Vancouver suburb of Langley BC.

The regular WHL season runs from September until March.