One of the best ways to tour Vancouver is by bicycle.  A number of designated cycling paths are available throughout the city.

There are several bike shops in the city where bicycles can be rented, including a shop near the entrance to Stanley Park. 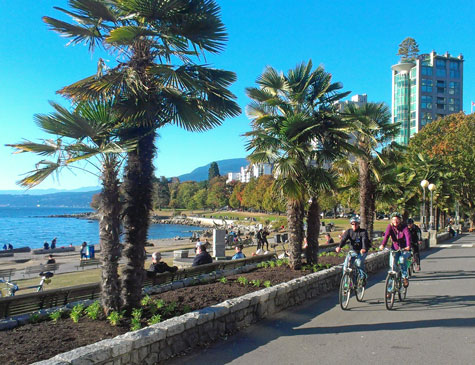 Cycling along the Seawall

Many visitors to Vancouver enjoy cycling along the seawall that surrounds the downtown peninsula area from Canada Place to Science World.

The route from Granville Island to the University of British Columbia is also popular.  For nature lovers, a cycling trip around Vancouver's famous Stanley Park is recommended. 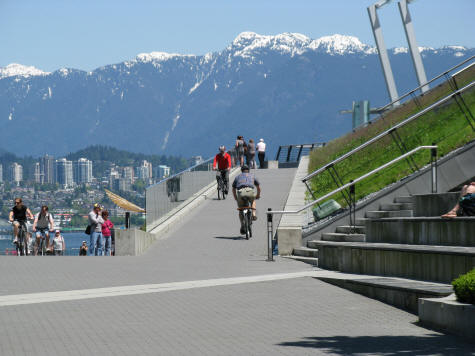 If you are staying near the Vancouver International Airport in Richmond, make sure to cycle along Richmond's north and west dyke (Dinsmore Bridge to the picturesque town of Steveston).