Vancouver's CN IMAX Theatre uses IMAX technology to deliver a variety of films on a giant screen.  The screen extends beyond your peripheral vision, giving the audience a sense of being right in the middle of the action.

The IMAX screen is about eight stories high, large enough that a whale will appear life-size. 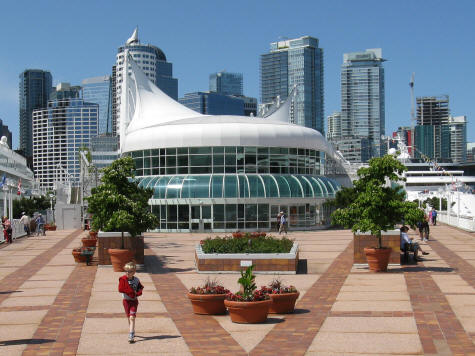 The technology that makes IMAX unique comes into play during the production process, when film 10 times the size of standard movie images is loaded into a 52-pound camera.

Each IMAX film frame is roughly the size of a business card.

In addition to the giant screen, Vancouver's IMAX theatre uses some 40 speakers, concealed behind the screen panels, to further make the audience feel like they are part of the action. 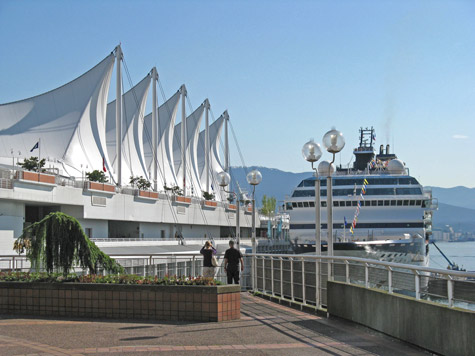 If you have never experience the magic of IMAX technology, a visit Vancouver's CN IMAX theatre at the North End of Canada Place, is a must.