Stanley Park in Vancouver Canada is a thousand acre public park located between downtown Vancouver and the Lions Gate Bridge.

The park is situated on a peninsula that jets out into Burrard Inlet.

Much of Stanley Park is covered by lush west coast vegetation. Portions of Stanley Park have been developed into a rose garden, an outdoor theatre, a totem pole park and an Aquarium. 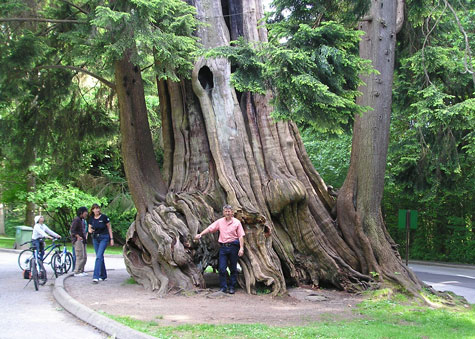 The Stanley Park seawall circles the park and is a popular route for walkers, cyclists and inline skaters.  In July and August, the Malkin Bowl Theatre (TUTS) offers the best of musical theatre under the stars. 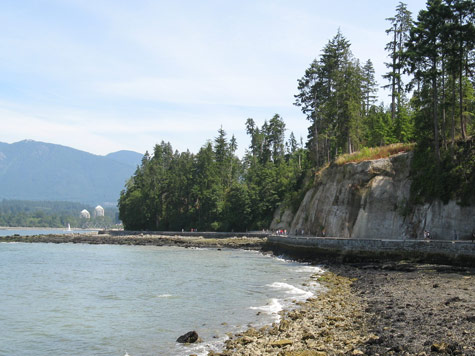 During the summer months, the city offers a free shuttle service that stops at 15 popular park attractions, including the zoo and Vancouver Aquarium.  The service operates every 12-15 minutes. 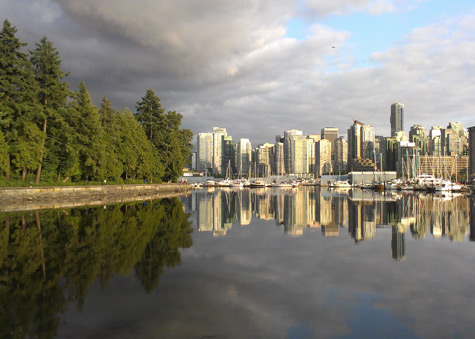 View of Vancouver from Stanley Park

Stanley Park is a great place to enjoy the Vancouver skyline at sunset.